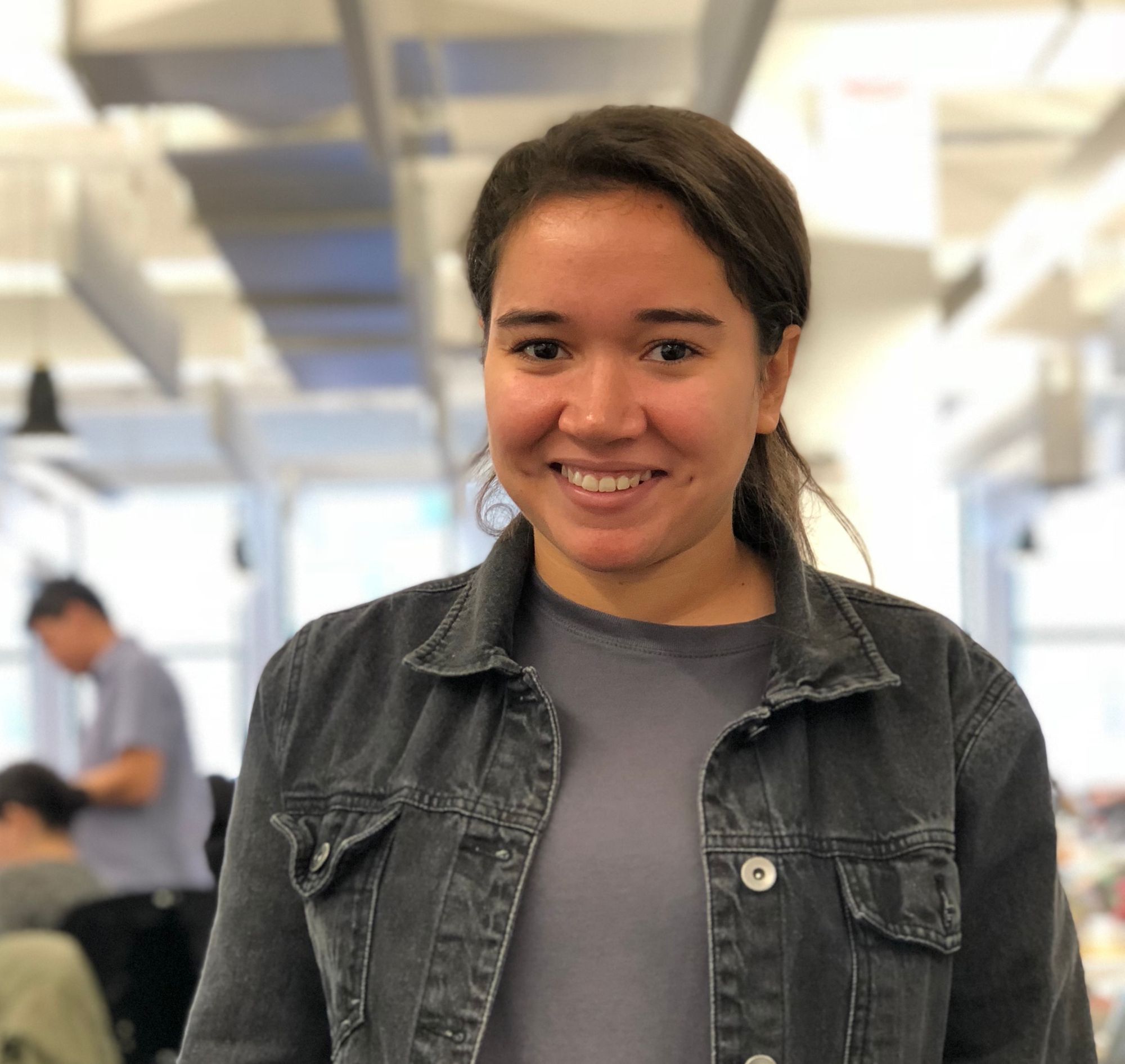 “I’m really trying to be a housewife,” Lala Kent says in the Season 8 finale of Vanderpump Rules.

Her friends Stassi Schroeder, Brittany Cartwright, and Katie Maloney were over at the Bel-Air home she shares with her fiancé Randall Emmett to gossip about their friend/frenemy Kristen Doute, and for a few glorious minutes there — the sun shining on white marble countertops as glasses of pink champagne were poured by a recovering alcoholic for her group of friends before heading out to the elegantly furnished patio that overlooks a landscape that screams, not whispers, “I’m rich” — Vanderpump Rules fans were finally watching the right show.

Let's face it: This season of Vanderpump Rules has been a mess. Everyone knows it, from the fans to the cast. It started out promising, though: in the season premiere, we learned that several of the original cast members (Ariana Madix and Tom Sandoval; Tom Schwartz and Katie; Jax Taylor and Brittany) had moved on from working at Lisa Vanderpump’s SUR restaurant and had bought houses in the Valley. It seemed like the show was letting them live as their true selves: people who made money from a reality show.

But, rather than just going with that, the series decided to bring in a handful of overeager people who actually do work at one of Lisa’s establishments along with a couple of the OGs who work (or “work”) with them. It made it seem like Season 8 was meant to be a transitional season, one that would see the original cast move on — perhaps to a spinoff of their own — while Vanderpump Rules continued being about SUR or Tom Tom employees. As the season marched on, the splitting into two shows seemed less and less likely; rather than fewer cast members working at SUR, more returned to pick up shifts once again.

For Bravo superfan Cindy Cee, who runs the Twitter account @LoveAndyC, the show lacks cohesion to the point where it shouldn’t continue on unless there are “major changes.”

“If the show is left the same, just cancel it,” Cindy Cee tells me via email. “The cast needs to all be in the same place in life: either struggling and working at SUR, or established with homes and partners. They don't work together, they don't hang out, it's very divided.”

But, we also got a tease of a show that should actually happen. It's a show focused only on the Vanderpump Rules ladies: A Real Housewives-ish series about these women moving on from SUR for good, settling into their houses, starting families, doing whatever else it is they’re up to (writing books, hosting podcasts, selling T-shirts, starring in Oscars red carpet pre-shows), and getting into confrontations about things like rage texts, party invites, and the amount of time that is acceptable for one to wait before decorating their home.

(A similar Housewives-esque spinoff idea was also floated in the article “It’s Time for Vanderpump Rules to Evolve” by Vulture writer Brian Moylan, and on a group photo Stassi posted on Instagram, Countess Luann of the Real Housewives of New York City commented “future rhowh” — Real Housewives of West Hollywood. So, the experts have spoken.)

Because, let's be honest, the connections to make this spinoff a success are already there! If you look at Stassi, Lala, Brittany, Katie, Scheana, Kristen, and Ariana, there are plenty of interesting friend overlaps — just the type that the best Real Housewives seasons feature.

For instance, Kristen is on the outs with former best friends Katie and Stassi, but she gets along with everyone else. Scheana’s not everyone’s bag, but she’s close with Ariana and will gossip about anyone while still being generally cool with them. Stassi previously dated Brittany’s husband, Jax, who cheated on Stassi with Kristen.

Kristen dated Ariana’s partner, Tom Sandoval, and cheated on him with Jax. These are close relationships. There’s true friendship, there are frenemies… there’s a lengthy convoluted history between all of them. It’s perfect.

In the finale episode alone, Brittany and Lala had an issue with Katie related to Ariana’s partner throwing a pool party to get back at Brittany’s husband. Ariana had an issue with Stassi supposedly talking about her lack of furniture only for it to later be revealed that Scheana mixed up her gossip and it was actually Lala dissing Ariana. Stassi and her fiance toured a $2 million house. Lala hosted a gossip session at a mansion with a gorgeous view. Kristen’s friendship with Katie and Stassi ended, as did their business venture together.

That is plenty to work with. An argument about furniture that was based on false information! What more do you need!

Not all Pump Rules fans agree. Cindy Cee tells me that the only two cast members she cares about following at this point are Scheana and Kristen. “Doute seems to be the cast’s punching bag and I'd like to see her finally win,” she says. “Scheana I find hilarious. She's not afraid to put it all out there. I'm interested in knowing what both are doing on and off the show. Both seemed to get treated unfairly this season. I'd like to see a redemption season for both.”

But perhaps an all-women spinoff could offer just that. Justice for Scheana is more needed than ever after her editing scandal, and getting to see more of Kristen’s perspective on everything that’s gone down with her friendships would be welcome, too. This would also allow for all of the cast members to share more about what they actually have going on and escape from the drama that Vanderpump Rules forces them to get involved in. I mean, did any of us really believe Stassi cared about Dayna Kathan’s love triangle?

"Vanderpump Rules has never been about liking or identifying with any of the cast, but now I just want any of them who are decent human beings (Tom and Ariana, and yes, James and Raquel [Leviss]) to be freed from the show,” Kate Aurthur, Variety Editor-at-Large and and writer of the article “8 Reasons Vanderpump Rules Needs to Be Rebooted”, tells me in an email.

An all-female, Real Housewives of Vanderpump Valley scenario would free up so many people, and free up so many plot lines. The spinoff show would feel more balanced and give all the women more screen time compared to what they got with the 19 person (!!) cast of Season 8.

There are a couple things that an all-girl, Housewives-esque spinoff would leave out, though. First, there’s Tom Schwartz and Tom Sandoval, arguably the two best characters on the show. Even theorizing a scenario for Vanderpump Rules’ future that requires a decrease in the amount of Tom and Tom is hard, but the direction in which this show has gone leaves me with no other choice!

That said, Tom and Tom could still be featured on a women-focused spinoff, as Househusbands are on Housewives. In fact, in the finale episode, Sandoval and Ariana gave us a glimpse of how this might look when they went for a beauty treatment together while catching up about the goings on of the group.

Second, this type of spinoff would not leave much room for Lisa, which, good. According to Aurthur, the LVP of it all makes for a “flawed premise.”

“I've felt humiliated for [Lisa] throughout this season,” she tells me, “playing that weird bra prank on Schwartz in the Vegas episode, showing up to Dayna's birthday party — she should just be an occasional guest.”

On the new show we’re dreaming up here, less Lisa could easily be the case. If the women have a particular reason to see Lisa, then, sure, she can make a cameo. Maybe they need to hold an event at Villa Rosa, have her officiate their wedding, or, I don’t know, adopt a dog. Lisa clearly still has an interest in being on TV post-Real Housewives of Beverly Hills.

Showing up now and then on a show not about one of her restaurants might not be enough for her, though. Of course, in my imagined scenario, she still gets an executive producer credit and perhaps her name in the title. Life After Pump, perhaps? The Witches of Vanderpump’s Past?

As for the rest of the cast members, we’d be leaving them behind and well, that’s definitely for the best. James Kennedy got a very nice conclusion in the Season 8 finale; he bonded with his mother over their shared sobriety, he DJ’d at the Tom Tom anniversary party, and his relationship with girlfriend Raquel is in a better place.

Jax would still be connected to the spinoff via Brittany, which means curious parties would get to hear how their marriage works out, but I’m picturing him showing up more a Tom Girardi amount than a Mauricio Umansky amount, if you catch my drift.

And that just leaves us with the new cast members, who, at best, never fit in, and at worst, were people who wrote racist tweets. “I know people say that they like someone like Charli [Burnett] or Danica [Dow], but honestly: No! None of them are good!” Aurthur tells me.

Part of the issue is that these new cast members knew what they were getting into. The original cast were employees at a restaurant who were put on a reality TV show. Any cast members joining at this point are people working at a restaurant in the hopes that they’ll be put on a reality TV show. As I see it, that means no sort of total reboot can work.

The Season 8 finale ended with Jax venting to Lisa about his falling out with Sandoval. He broke the fourth wall by saying, “It’s not just a fucking television show, Lisa, these are my true friends … This is why my show is successful.” Jax!

Lisa told him it’s actually her show, and then went on a rant about how life is short and Jax isn’t special because we’re all human and we’re all going to experience love and tragedy and death. This was edited with clips of the OG couples walking out of the party at Tom Tom, hand in hand.

If this is the end of the series, the conclusion is that everyone was able to find money and love, but Jax is still unable to be happy and is delusional enough to think VPR is his show. If this is not the conclusion of the series are we… looking forward to Jax redeeming himself? Something that no one who’s seen even one episode of this show is waiting for? What gives?

So, let’s just let it — Jax, SUR, Vanderpump Rules as we know it — go and move on. Perhaps the show should end altogether, but since that seems unlikely — as Aurthur pointed out, it still pulls big ratings — there may be something salvageable from the women and their reality TV prowess.

Maybe Lala really should get to become a Housewife.