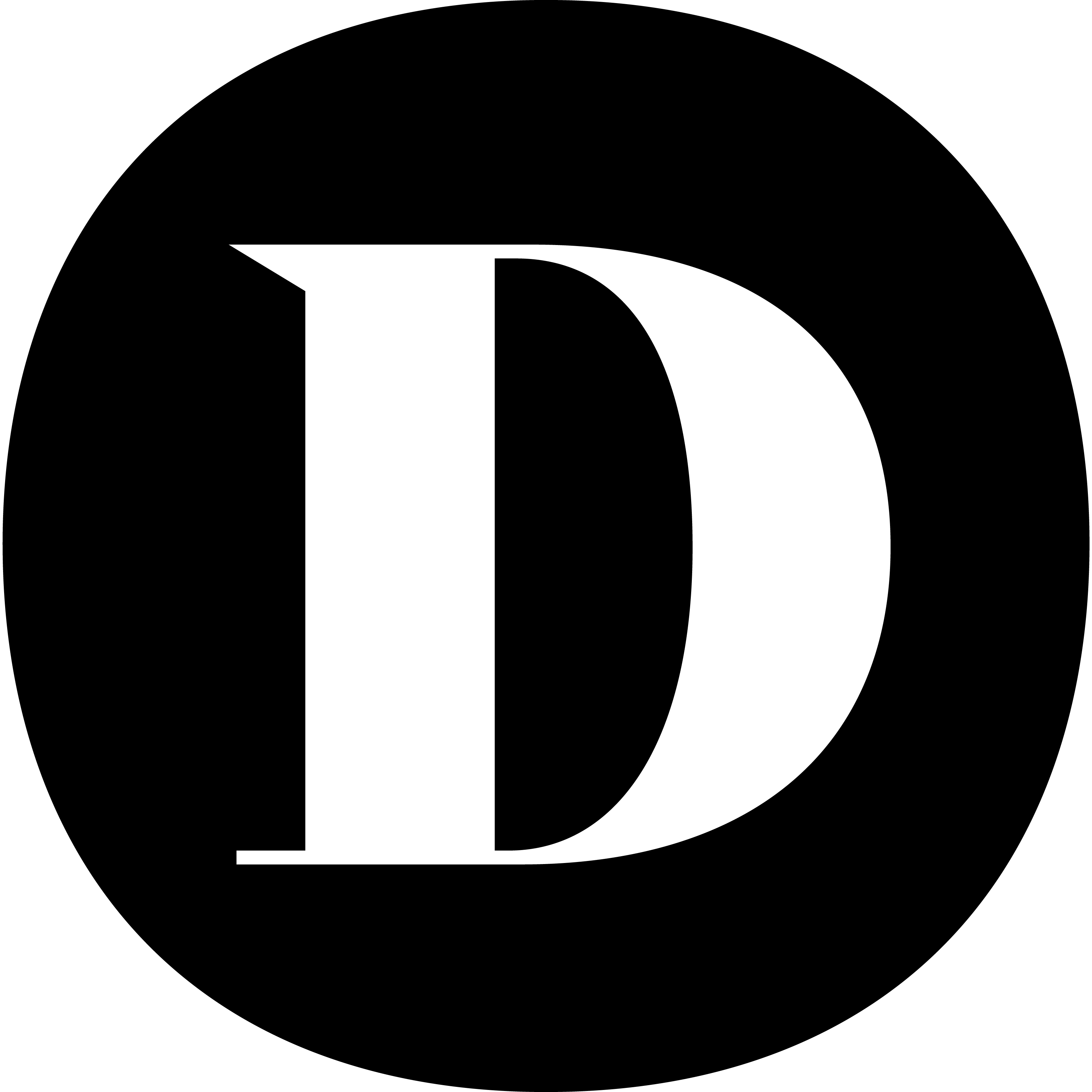 When you have 20 minutes or so to chat on the phone with the executive producer and frequent-director of one of the top five most-watched TV shows in America, you make it count. Ken Olin is the man behind the scenes (along with creator Dan Fogelman) on NBC’s This Is Us; I caught Olin in a sunny mood on the phone in his Sag Harbor, N.Y. home (with his six-month-old puppy on his lap) and, wasting no time, we dove into what he really thinks about all your theories for Season 5.

After all, the Season 4 finale of the hit show was tied with the season’s premiere for the most-watched episode, leaving close to 7 million people wondering what happens next with the Pearson family.

Last we saw, Kevin Pearson is ready to give up on love (while also gearing up to raise his future children with Madison Simons); Randall Pearson and Kevin get in a huge argument (and thus aren’t speaking); Kate Pearson and Toby Damon decide to adopt a baby; and Rebecca Peasrson opts to move to St. Louis (with Miguel Rivas, of course) to participate in a clinical trial.

They haven’t started filming Season 5 yet, but Olin tells me that the goal is to “start shooting in about five weeks.” (He adds that it’s “gonna be very, very complicated,” due, of course, to coronavirus precautions.)

But, there’s a lot to look forward to. He’s already read the first two episodes of the new season and teases that they are "incredible."

The episodes, according to Olin, “absolutely take on” what’s been happening with the social justice movement that has gained powerful momentum over the last several months. “But,” he says, “they take them on from a very personal perspective,” specifically with Randall — but more on that later.

He continues: “The way that the family is struggling with all of these things — and race being a huge part of the show — the direction that they're going in and how it's being explored is just incredible. I get so excited!” he says. “It's gonna be really, really great.”

Olin’s busy working on This Is Us and developing new projects with his daughter Roxy Olin (fun fact: back in the day, she appeared on The Hills and The City) so he probably doesn’t have time to scour Facebook, Twitter, and Reddit for the best This Is Us fan theories out there (that’s my job) but he definitely has a lot of respect for the TIU fandom.

“They’re so involved,” he says. He views their passion as a sign that he and the rest of the team are doing a good job, and when fans stop to tell him that they love the show or that it means something to them, “that's a really cool thing,” Olin says. “Because, you know, we really love making it.”

When it comes to This Is Us, “Most of the fan theories,” he says, “are all really valid. They're really plot-oriented.” But, he clarifies:

“The more far-fetched they are, the more unlikely they probably are to be true. The show tries to be based in a kind of emotional reality.” He says they wouldn’t do something just for shock value. Like, for example, Olin says we’re not going to find out that Miguel is — surprise! — a secret agent.

But will we find out that Kate’s dead? Or that Nicky Pearson and Cassidy Sharp end up married? And what about Kevin and Randall, what happens with them?

Here’s what Olin — and an expert fan — can reveal about Season 5.

Theory #1: Kate and Toby Get Divorced

Olin doesn't reveal much about Kate and Toby's marriage, but he does acknowledge that something happens with them. (To refresh your memory, Toby was not wearing a wedding ring in the flash-forward of the Season 4 finale, leading many of us to speculate that Kate and Toby break up.)

He continues: “One of the things that Dan [Fogelman] does really great is that he'll come up with something that's unexpected in terms of the course of peoples' relationships and the events of those relationships."

We’ve seen it happen before on the show many times, most recently in Season 4 when Kevin received an urgent SOS call from his ex-wife/lover, Sophie, who was grieving the death of her mother. He ends up flying back to Pittsburgh to attend the funeral with Sophie, where we learn that she was actually with Kevin when he got the heartbreaking news that Jack died. However, as soon as Kevin gets back to Los Angeles, he sleeps with Madison (you know, the one who’s now pregnant with his kids…).

Fogelman, Olin, and team know how to create the peaks and valleys of personal relationships — Kate and Toby’s ride in Season 5 might be a bumpy one.

Another theory floating around is that well, if Kate and Toby aren’t divorced, could that mean that Kate’s dead?

Fans were quick to point out that Kate isn’t in any flash-forward scenes… but Toby is.

Ellie Eargle, who runs the @allthingsmiloventimiglia Instagram account (which has almost 25,000 followers), is just one of the many fans who think this theory is correct.

Eargle tells me that the show offers many Easter Eggs throughout the seasons to support this theory —dating all the way back to the beginning of Season 2, when viewers catch a glimpse of Toby in the future lying in bed alone, looking depressed, without a wedding ring. This Is Us executive producer Isaac Aptaker told Entertainment Weekly at the time: “Well, you could read that he’s no longer married,” before adding, “You could also read that it’s uncomfortable to sleep in a ring.”

"Some may believe that he is just dealing with the ongoing battle that is depression, but I think he's grieving the loss of his wife," Eargle says.

Two seasons later, in the Season 4 finale, we see Randall and Kevin get into a heated argument. Eargle thinks that there’s only one way for them to reconcile. "To me, it seems only something as life-changing as the death of their sister could bring about an opportunity for reconciliation," she says.

As for Olin, he won’t confirm or deny that Kate dies, but can understand this theory, hinting that the viewer was “teed-up” for such a hypothesis. So, what happens when we eventually find out what’s happened to Kate, or between Kate and Toby? Olin says there will "definitely be a reaction."

Olin keeps his response short and sweet and plays coy when I ask him who Kevin ends up marrying (Kevin is seen wearing a wedding ring in the flash-forward). "I'm not going to reveal any of these things, you know!" Olin says with a chuckle. "I wouldn't tell you."

However, it's also worth noting that Madison isn’t in any of the flash-forward scenes. But…

"Sophie is not in the future either, but I do find it odd that she keeps appearing in the present. It makes me believe that she will be a significant part of Pearson's story again," Eargle says.

Theory #4: Nicky and Cassidy Get Married

When I present this theory to Olin, he starts laughing. "That would be interesting. But no, I'm not going to tell you an answer. But ... I guess it's a possibility."

Eargle also agrees this particular theory may be a bit far-fetched, but says it's still possible:

"In the present, Kevin will be preoccupied with the upcoming birth of his twins. Since he will likely no longer be around, Nicky and Cassidy may be forced to lean on one another more for moral support. A marriage between the two might seem a bit odd, but viewers can't put anything past the [This is Us] writers. After all, Rebecca does end up married to her deceased husband's best friend!"

This Is Us fans were first introduced to Dr. Mason and his young daughter, Sadie, in the Season 4 finale. "To me, the most feasible of these theories is that Dr. Mason is Kevin and Madison's very own version of Dr. K, the beloved obstetrician of Rebecca who delivered the Big Three," Eargle says.

Meanwhile, Olin tells me that he's not sure if anybody can be what Dr. K was to Rebecca and Jack. However, Olin says that Josh Hamilton (who plays Dr. Mason) is "an extraordinary actor and an extraordinary character."

"Our hope is that it's a significant relationship for Madison. And that there's consistency there. That's a definite choice. We really love that actor," he says.

Olin isn’t the only one who loves Hamilton’s acting. In fact, Dan Fogelman told Deadline: “Josh is a favorite actor of mine. The doctor becomes an important character next season to Kevin — he’s having twins with a virtual stranger, not a normal birth experience. It’s no coincidence he was introduced in the same episode that Dr. K returned.”

Before TIU, the 51-year-old actor previously held roles on on Sex in the City, All My Children, Law & Order, The Good Wife, American Horror Story: Coven, and 13 Reasons Why.

Theory #6: Nicky Pretends To Be Jack On Rebecca's Deathbed

"In Season 3, Rebecca has a tension riddled first meeting with Nicky. She even notes that he has Jack's eyes. The fact that she sees a resemblance between Nicky and her late husband leads me to believe that she may begin to believe that Nicky is Jack," Eargle says.

Olin agrees that this is indeed possible and that this particular theory isn't so far-fetched. "I do think that can certainly be a possibility, but that's the kind of thing that would happen, I think, with someone in really late stages of that kind of dementia."

(Rebecca was previously diagnosed with Alzheimer’s in Season 4. After her diagnosis, she pleads with Kevin for him not to treat her any differently. “I need the fun, I need the laughs,” she tells him.)

And, What’s Going to Happen Between Randall and Kevin?

When I ask Olin how he'd describe Season 5 in five words, he replies: "A restructuring of the entire family dynamic." (This is technically seven words, but who’s counting.)

"Randall's relationship to the family is gonna be really explored," he says.

This will also include "a deep re-examination of his relationship to the family [including his siblings] in the present, and the way that he was brought up."

Olin also reveals that Kevin and Randall's big fight will be addressed immediately as The Big Three turns 40. "Every year, we begin on their birthday. And, right away, this [fight] is something that Kate demands be dealt with."

However, when I ask Olin if the two brothers would reconcile, he replies, "I think that's a much longer journey."

Olin also teased "a big surprise at the end of the second hour” of the two-hour Season 5 premiere, which involves a character we don't know yet. He also says that fans will learn more about Miguel and Rebecca's love story in Season 5 and how the two came to be a couple.

To that end, let the fan theories continue.