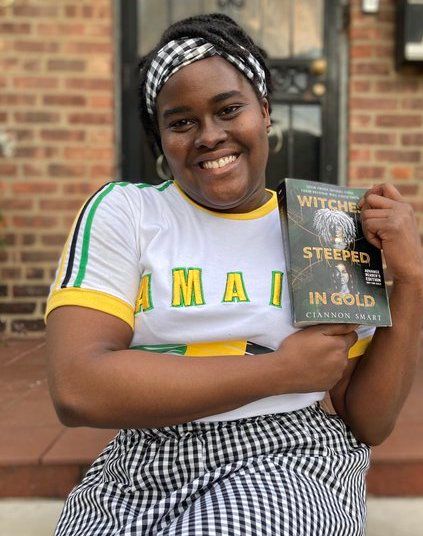 So much happened in the finale of Stranger Things Season 3 that there’s no way to talk about it without first issuing a huge spoiler warning. The explosive season ended with Eleven depowered and our cast scattered in and out of Hawkins — some ending up as far as Russia. Therefore, when it comes to Stranger Things Season 4 fan theories, it feels like anything is game, because even the one thing we thought we knew — that Hopper had died — was proven untrue by the Valentine’s Day teaser, “From Russia With Love.”

So what’s next to come for the Party and their families?

Fans have been speculating their own answers to that question, piecing together all of the clues the Stranger Things cast and crew have left in interviews and on social media. Like most shows, the next season has been delayed by the COVID-19 pandemic; production was suspended in March 2020 and is set to resume at some point in 2021. However, the writers tweeted an image of the completed scripts on June 18, and they haven’t been shy about throwing out little nuggets to send fans into a frenzy of speculation.

So far, what we know about the next season is that the actor who plays eccentric academic Murray Bauman has been upgraded from reoccurring character to series regular, as has the actor who plays Erica “You Can’t Spell America without ERICA” Sinclair. Joel Stoffer has also been cast in an undisclosed role, four new roles (three teenagers and one adult) will supposedly be added, and all of the main cast from Season 3 will be returning.

David Harbour also revealed at Liverpool Comic Con that Season 4 will dive into more of Hopper’s past, stating that the upcoming revelations are “one of the things that I've known since the first frame of the first shot, and… finally we're going to express it in a big way.”

The Duffer brothers have also assured fans that Season 4 won’t be the end of the show, but everything that the cast has teased so far promises one of the darkest, most compelling seasons yet. What could that mean? Well…

We know that Hopper is currently in Russia, and we learned last season that Murray speaks fluent Russian. In addition, Joyce Byers mentions a phone number in Season 3 that fans could actually call to hear a message from Murray that said, in part, “If this is Joyce, Joyce, thank you for calling, I have been trying to reach you. I have an update. It's about… Well, it's probably best if we speak in person. It's not good or bad, but it's something.”

In addition, actor Brett Gelman, who plays Murray Bauman, was spotted filming scenes with Winona Ryder (who plays Joyce Byers) in Lithuania. This plus the fact that he was promoted to series regular had fans like SlickGamerYT convinced that he would be instrumental in bringing Hopper home.

After all, it’s not like the children can just hop on a flight to Europe to rescue him themselves. And this plotline would allow us to learn more about Murray Bauman, who has remained something of a mystery on the show so far.

“I’m still a little suspicious of him. Where did he learn [to speak Russian]?” Sarah, of the popular Instagram fan account HawkinsParty, said. “…I hope we will see, or hear, a little bit more about Murray’s past [in Season 4].”

However, Kaitlyn Thatcher, an admin of the Stranger Things Fan Club on Facebook, “[doesn’t] think they can [rescue Hopper] without El.” Considering how every season so far as been resolved in some way by El’s amazing powers, the writers would have their hands full giving the other characters the strength, depth, and motivation to save the day without her.

Season 4 Will Coincide With the Chernobyl Disaster

Reddit user Gamer_Nation posted this theory a full year ago and “hate[d themselves] for it.”

According to them, the Stranger Things timeline has played out as follows: “Season 1: Winter 1983 (Christmas). Season 2: Fall 1984 (Halloween). Season 3: Summer 1985 (Independence Day). Season 4: should be Spring 1986 (Easter and probably goes into spring break).” And considering the ending of the finale is set in Russia, it didn’t take long for them to pinpoint a huge historical event that happened in that part of Europe around that time: the Chernobyl disaster in Ukraine SSR.

That said, the Valentine’s Day teaser revealed that the prison holding Hopper is in Kamchatka, Russia, which is roughly 535 miles from the site of the Chernobyl disaster.

“Though the timeline does line up, I would be surprised if they used Chernobyl specifically,” says expert fan Ms. Thatcher. “But I could see [them] maybe creating their own fictional disaster to cover up whatever the Russian government is doing.”

Stranger Things has incorporated more history into their plotlines lately — like the Cold War that heavily influenced Season 3 — so it’s not impossible for them to find some way to get our heroes nearby to incorporate the disaster.

But a fictional disaster may be the more sensitive way to go.

Will Byers Is The Next Villain… And the Demogorgan

Reddit user CinnaSol proposed this viral theory in August 2020: “The Demagorgon is a grown up Will Byers fully transformed by The Mind Flayer with the sole purpose of taking over and repopulating on other worlds/universes.”

In Season 3, the Mind Flayer was destroyed by Eleven and Billy Hargrove, who sacrificed himself to save her after spending the season possessed by the creature. Of course, the ending tag revealed that the Russians not only have Hopper, but that they also have Demogorgans of their own that they’re feeding prisoners to — which CinnaSol admits puts a wrench in her theory.

But, “if Will really is the Demagorgon, I suppose Season 4 could be about the Mind Flayer regaining control of Will… Now that Billy is gone, and Will has moved out of Hawkins, it could be relatively easier for [the Mind Flayer] to re-infect Will and continue with its original plan,” CinnaSol tells me. “A major theme of the show is depression and trauma, and depression thrives in isolation.”

If this theory is true, it would line up with Matt Duffer’s statement that Season 4 will open up the world with “plotlines into areas outside of Hawkins.” If Will is still feeling connected to the creatures of the Upside Down even in his new home, then that could be a catalyst for a whole new adventure, bringing his friends to his side or bringing him back to Hawkins for answers.

And with Eleven’s powers on the fritz, this storyline would open up the chance for the show to explore more of Will’s trauma from his experience in the Upside Down.

This theory was born from one of the teasers from the Stranger Things writers, specifically a Florence + the Machine song. In October 2019, a fan asked for a hint about Season 4 in the form of a song, and the Stranger Things writers tweeted some lyrics from “Cosmic Love” by Florence + the Machine: “And in the dark / I can hear your heartbeat / I tried to find the sound / but then it stopped / and I was in the darkness / So darkness I became.”

And in the dark, I can hear your heartbeat
I tried to find the sound
But then it stopped, and I was in the darkness,
So darkness I became https://t.co/VyBq2egJC0

The YouTube account All About Netflix and more theorized from this that we’re getting Dark Eleven. True, there were three canon couples (Mike and Eleven, Nancy and Jonathan, and Hopper and Joyce) and two families (Max and Billy, and Eleven and Hopper) separated by the events of Season 3. But considering Eleven lost Mike, Hopper, and her powers, it’s not a stretch to imagine these lyrics apply to her and the darkness she’s now lost in.

Could these lyrics be a hint that Eleven will go to dark places to get her powers back — or, worse, that her lack of powers will leave her open for something darker to take control of her?

Sarah, of HawkinsParty, not only “really likes” this theory, but took it one step further: “I would love to see Eleven sacrifice herself at the end of the series. Hopefully not in Season 4, but maybe in Season 5. It would be an emotional/heartbreaking end for me, and I think that’s what this show needs. Not a very happy end.”

“I’m most interested to see how the dynamics have changed with the characters [next season],” says CinnaSol. “Season 3 in general did a good job of ramping up everyone’s emotions towards each other.”

When it comes to Stranger Things, the possibilities are truly endless. About the only thing fans know for sure going into Season 4 is that Hopper is alive, the new episodes will destroy them emotionally (again), and to expect the unexpected.