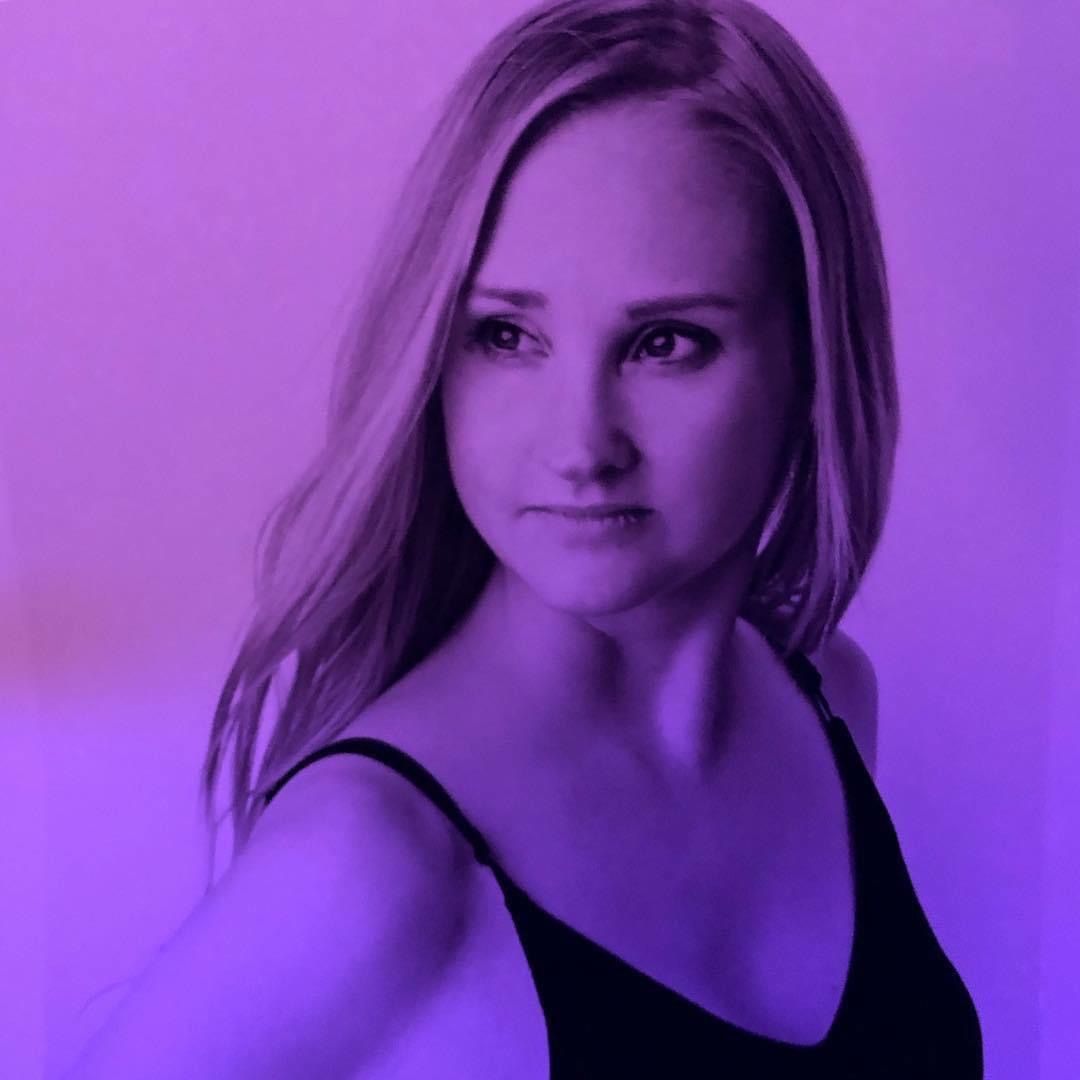 When the trailer for Netflix’s new romantic comedy Emily In Paris was released, I, and the rest of the real-life Americans in Paris, bristled.

This minute-long youthful exuberance from an American ready to impart some can-do attitude to her French colleagues, set against a montage of well-lit national monuments, hot men and designer outfits, is so far from most people’s reality in the French capital – let alone the year we all have been having – that it seemed almost insulting to release something so romanticized at a time like this.

“Where is the episode where she spends two days trying to open up a bank account?” “How did she get a visa that quickly?” were just a few sarcastic questions raised by my fellow Americans in Paris who watched the promo.

So I – an L.A. transplant who made the move to the Right Bank in 2017 and never looked back – hunkered down for five hours to fact-check Emily’s charmed life in order see how much of her decadent jaunt through the City of Light reflected the real expat experience.

Here’s what jumped out. (Heads up, there are spoilers ahead for all of Season 1.)

The Liberties Taken With Parisian Geography Are... Interesting

Can I just express my annoyance with the use of Parisian geography in most TV series, and get it over with? I understand the setting of a scene as much as the next person, but every visit to the pharmacy does not take you past the Pantheon, where you take a left only to end up by Grand Palais with a perfect view of Republique.

You absolutely cannot see the Eiffel Tower from every window (or most windows, for that matter).

I’ll give Emily her introduction to Paris past the Arc de Triomphe (because I looked up the trip from Charles de Gaulle to the fifth arrondissement and it's somewhat plausible), but the montage where Emily and her BFF Mindy (Ashley Park) start and end their evening on the top of the hill in Montmartre only to somehow have made a 40-minutes-each-way commute to Trocadero to ride the carousel (when there is one just down the block, albeit without the Eiffel Tower in the background) is just irritating to anyone to who knows the city at all.

Which gets us to…

Emily Would Learn To Take The Metro

She reveals early on in the series that she’s overwhelmed by the Metro (maybe download CityMapper for Season 2?) and she doesn’t seem to be using car service. But the walk from Place de l’Estrapade, where her “Nicole Kidman in Moulin Rouge” apartment is located, to Galerie Patrick Fourtin takes half an hour. To me, this seems like a two-mile mistake she would only make once, yet the stilettos persist.

The Sex and the City Outfits Are Great, But...

“You look American,” says Mindy (who was born and raised in China) the first time she meets Emily and, mind you, even if the outfits put together by costume designer Patricia Field are meant to evoke memories of Sex and the City, there is some truth to how Emily’s couture represents the American idea of Paris.

Every friend I have – without fail – brings her “Paris wardrobe” when they visit, whether it’s the most vibrantly colorful thing they own, or in any way reminiscent of Carrie Bradshaw’s luggage from the series finale. I’ve seen a friend hobble in heels and a short dress in Buttes Chaumont, because “maybe it was a fancy park.” No. Noooo.

What no one wants to hear is that Paris is the capital of sneakers (les baskets), jeans, and your favorite leather jacket or trench. It may sound boring to those wanting to unleash their inner fashionista, but the real challenge is to make Converse seem très chic.

French Buildings Aren't That Hard To Figure Out

Poor Emily keeps getting lost inside her own building, because the first floor in France counts as the ground floor, making her fifth floor apartment a six-floor climb. It’s a mistake everybody gets to make – once. You get to accidentally paw at someone else’s door if you have never seen it before, after that, your home will never again be defined by math because every French door is like a work of art and no two doors look the same.

The locks are different (how a country can have so many locks to choose from is a whole other conversation), the knockers and peepholes and doormats are all different, and usually, they’re an agonizing reminder that you still have more climbing to do.

But to be fair, if there was a super-hot (often shirtless) neighbor living right below me, I probably would be (repeatedly) making that mistake, too.

The Work Ethic Differences Are Spot On

When it comes to our work philosophies, the differences portrayed are spot on: Americans live to work, the French work to live. There is no urgency to anything. Long lunches with wine are de rigueur. People relish their coffee breaks and cigarette breaks – even kissing every colleague on each cheek (faire la bise), each morning, eats up a good chunk of the workday.

“What you say is success, we say is punishment,” explains Emily’s new colleague, when her ambition and enthusiasm doesn’t go over well in her new bureau.

That lack of urgency extends to most other facets of your life here in France – no one is in a hurry to take your order at a restaurant, nor get you out of there. There is also no rush to fix your water heater when it breaks. Or a leak. Or, indeed, if you get fired (bureaucracy in France moves at a speed that makes snails seem like race horses).

If you want to live here, you come to understand that everything takes its time. Lean back, have a coffee, and accept it as part of the charm.

The Portrayal Of Relationships Is A Bit Cliché

Ah, relationships. They’re compliqué, non? The show portrays French women as being OK with their husbands having girlfriends, but for the most part, that's just an old French cliché mostly perpetuated by American media. For the time being, I'm calling bullshit on this plotline.

As Christina Perez wrote in Vogue, Jo Piazza's book How To Be Married says that "only 47 percent of French say infidelity is unacceptable in a marriage, compared to 84 percent of Americans," but this is because they don't care if, say, a politician cheats on his wife; that doesn't necessarily mean they wouldn't mind if their spouse cheated on them. It speaks more to an open-mindedness in the French culture than a laissez-faire approach to monogamy.

There are crappy men who can’t read signals everywhere, and the patriarchy and sexism are still alive and well in France, don't get me wrong. But the way the show portrays a mistress? It's perplexing, and mostly unrealistic, in my opinion.

The French Aren't Mean To Your Face

The French are not exactly mean… it’s more of an overt condescension. Slice cheese incorrectly on your planche and they will, in all seriousness, let you know what you have done wrong, and you'll get an education in how one correctly cuts cheese. Pronounce something wrong – or god forbid, mistake the gender of a word – and you’re in for another lesson.

The French do think Americans are loud, and my friends and I have been shushed many a time. There is a lot of eye rolling. Much heavy sighing. None of this, in Emily in Paris or otherwise, is an exaggeration of French behavior.

But a lot of it – well, not the exasperated eye-rolling, that’s just Parisian reflex – is actually meant to help. The French do not learn by positive reinforcement. There is no trophy. They’re just applying their own style of education to helping you, so you won’t have to embarrass yourself again. (And, uh, we have all, like Emily, found creative ways to accidentally say we’re sexual beasts: Je suis chaude, J’adore les moules, Je suis pleine, Je suis cochonne, Est-ce que je peux prendre un croissant avec des préservatifs? Be my guest, google it…)

The Portrayal Of Expat Friendships Is Lovely

Every time Emily feels like she’s drowning in this occasionally overwhelming culture – which has no interest in your clichéd expectations of how romantic France should be – Mindy is there for her. Usually with a bottle (or three) of wine. That’s the one part of this show I can’t argue with: The friends I have made in this city, who hail from every corner of the world, have become my scaffolding to lean into whenever it feels like you can’t take one more “pas possible.”

Together we’ve all made a choice to embrace a culture where a lot is difficult (Emily can’t find the fifth floor? Try getting furniture up there!) in exchange for a shared experience that is far too beautiful, funny, and complex to capture on Instagram or a TV show.

But that shouldn’t stop anyone from trying.