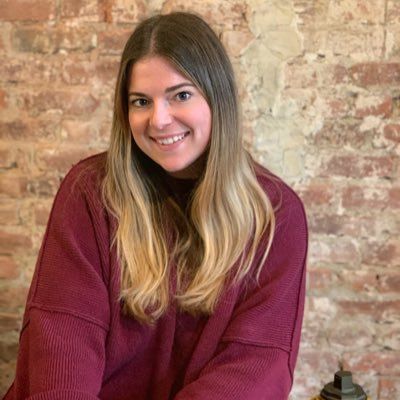 Fans of One Flew Over the Cuckoo's Nest know a little of what they're getting into when starting Netflix's Ratched. But whether or not you're familiar with the 1975 film or 1962 Ken Kesey novel by the same name, you will, within moments, realize that Ratched can get pretty disturbing.

The reason for that is simple: The characters the show revolves around are also disturbing. (If it looks like a duck and swims like a duck...) At the top of that list is the titular character, Mildred Ratched, whose backstory and origin — very little is known about her from One Flew Over the Cuckoo's Nest — is revealed throughout the series' first season.

Sarah Paulson told The Hollywood Reporter ahead of the show's premiere that for her, the ability to have a character's story so "open for interpretation" allowed her, and more specifically show creator Ryan Murphy, to go to some "very extreme places."

"It was very interesting to have an endgame in sight of knowing where she ends up and sort of rewinding at warp speed to a time when she was in her developmental stage as a person," Paulson shared with THR.

So what exactly do we learn about the notorious nurse's beginnings?

Early on in the series, Ratched reveals a huge portion of her backstory in an effort to connect (in a very twisted way, but perhaps that's the only way she knows) to Dario Salvatore, a patient at Lucia State Hospital, who meets a tragic end.

When Dario learns that his brother has died, Ratched shares that she too lost her own brother when young, then... encourages Dario to commit suicide in Dr. Hanover's office to have leverage over Hanover. She says:

I had a brother. He was the only family I ever had. Well, the only family I ever knew, anyway. I remember my mother and father, but I can’t picture them. All I remember is a feeling. You see, I was taken away from them when I was very young and told that someday I would see them again. That they would come for me. But that was a lie. They never did. And so all I had was my brother. And then he was taken away from me too. And he needed me. He really needed me… and I was helpless. There was nothing I could do to protect him anymore.

We quickly learn that Ratched's brother is alive and is none other than the Clergy Killer himself, Edmund Tolleson, who is Lucia State Hospital's newest resident.

We also learn a little about Edmund's backstory, which proves to be important. Before killing the priests in the opening scene of Episode 1, Edmund reveals that his mother was abused by a priest, became pregnant, and ended up in a "whorehouse," where she died after being shot up with morphine. Edmund says after that, he landed in an orphanage.

As a kid, Edmund met Mildred after being placed with the same foster family. However, their stories don't end there. In a particularly upsetting scene in Episode 6, the rest of Ratched's backstory comes to life through marionettes. Here is what we learn:

There was a little girl who grew up in the Great Depression. Whose mommy drank until she was blackout drunk. Mommy woke one one day and said, "I don't want to be a mommy anymore." So the little girl was sent to a foster home where someone else's mommy and daddy would take care of her.

This mommy and daddy were very mean. Whatever Mildred did, they would beat her and yell at her, as well as the other orphan they took care of. The boy and girl were very unhappy, until one day they met their fairy godmother. A kind caseworker who pitied the boy and girl so much, she fudged their paperwork, writing that they were biological siblings so that they would never be separated and they would always have one another. She said, "Be a good boy and girl and take care of each other."

But each foster home they were sent to was worse than the next. No matter how well they behaved, their foster parents hated them and beat them whenever they could. It seems they were often just taken in for the government stipend they received.

One day, the boy was beaten so badly, his sister thought he might die. So they ran away back to the caseworker and begged her to find them a mommy and daddy who would love them and take care of them. Well that kind caseworker took pity on them once again, and had very good news. She had found their forever family. A wealthy mommy and daddy who lived in a house big as a castle.

Mildred and Edmund were so overjoyed to meet their new mommy and daddy. They gave them presents and candy and all the ice cream they could eat. Later, they showed the boy and girl the best thing of all. Down in the basement, there was a puppet theater, where the boy and the girl could play to their hearts' content.

After a while, they realized the stage wasn't made for puppets. They were the ones who were expected to perform. Their forever mommy and daddy took out classified ads in newspapers using a special code. And perverts from all around paid lots of money to watch them perform unnatural acts on each other.

The boy and girl decided they had to escape but the little boy didn't want to just run away. His sister begged him not to, that they should run off while they had the chance. But the little boy said, "No." So, while the couple slept, he took a pair of razor-sharp scissors and gouged out their eyes. The little girl ran and ran until she couldn't run anymore. Finally she sat down beneath a tree and cried.

All of this is supposed to harden Ratched and lead her to become the battle axe nurse archetype she became infamous for in One Flew Over the Cuckoo's Nest. But oddly enough, Ratched's empathy comes out at jarring moments (on one hand, she's boiling a man alive, and not even two minutes later she is assisting in the escape of two patients being held at the hospital for "lesbianism").

If anything, the knowledge of Ratched's backstory takes the character to the very "extreme places" Paulson mentioned before the season's drop, and provides a full spectrum, albeit dark, beginning for her.