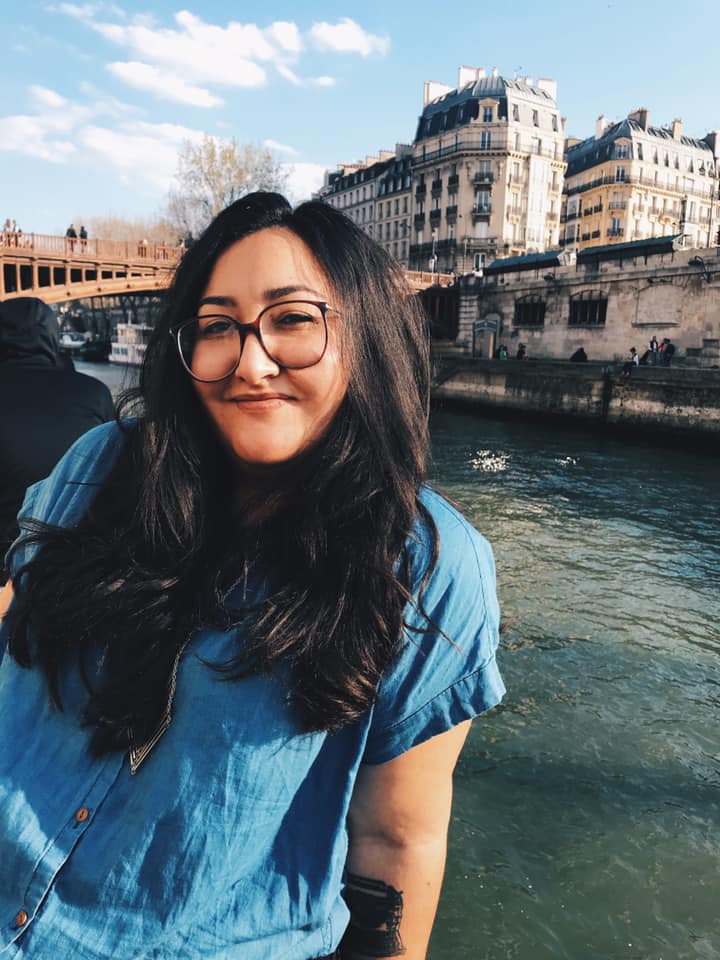 “Hi Erika, I’m Katie’s grandma.” That’s how Married At First Sight star (or, “villain,” depending on who you ask) Katie Conrad’s grandmother starts a direct message to me on Facebook. She’s reaching out because I started a thread on the “Fans of Married at First Sight USA” Facebook fan group asking fellow obsessees what they thought about Katie and Derek Sherman’s relationship.

As fans of the show know, Katie and Derek’s marriage flamed out in Season 10 of the hit Lifetime series. It ultimately culminated in a heated break-up that left viewers on separate teams, the majority of whom seem to be on Team Derek. Grandma, though, well, you can guess whose side she’s on: “I’m so proud of Katie,” she wrote to me. “She is honest and kind and brave and far more insightful than she was portrayed.”

Grandma got me thinking about Katie’s portrayal. Throughout last season’s 17 episodes, the picture that was painted of Katie was complicated, to say the least. Fans started out loving the couple, but soon, they turned on Katie because they didn’t like how she spoke to Derek, nor did they appreciate her pragmatic and direct approach when juxtaposed with Derek’s whimsical and fanciful outlook on life. Plus, there’s the affair she had with her ex. (Katie admits to sleeping with her ex, but denies that it was happening throughout her relationship with Derek.)

The amount of support I have received so far has been unreal. Thank you everyone for taking the time to watch me go through this crazy experience. Be sure to stay tuned every Wednesday night at 8 pm to see if I find true love or get my heart broken! #MAFS #MarriedAtFirstSight #FuckingCrazy #SelfPromotionalPlug... 🤷🏻‍♂️

From my conversation with Katie, 25, it seems like, for once, reality TV captured reality. Her time with Derek was really complicated. “There were many, many days and weeks where I tried to just convince myself that I had feelings for Derek, because I wanted it so badly to work out,” she tells me over the phone. “But that just wasn’t the truth.”

The truth was, she just wasn’t that into him. “What kind of turned me off about Derek was that all of his dreams just seemed very childish to me, and unrealistic,” Katie says. “He wasn’t really taking them seriously, but he made them so important.”

Katie and Derek’s relationship started off positive, though, and they became fast fan favorites. They were an attractive couple and, at the beginning, they seemed mutually optimistic about the potential of a happy future together. Their hopefulness wasn’t unwarranted, by the way: 26% of MAFS couples are still together, which is significantly higher than The Bachelor, which hovers around an 11% success rate.

But their marriage began to dissolve when compatibility issues came into play, including conflicts over who should initiate sex, what they imagined their lives would be like together, and Katie’s aforementioned war on dreams. (You’ll remember that Derek had a seemingly endless and harmless list of desires, ranging from general ambitions like backpacking across continents to a more playful goal, like composing a Christmas song.) They ended up getting a divorce.

After the show and her marriage ended, Katie became one of the most controversial figures to come out of Married at First Sight Season 10. Some fans on Facebook even crowned her “the most hated cast member in MAFS history,” but those comments have since been deleted. Katie even had to disable the comments on her personal Instagram account because fans were bullying her and calling her names. (She’s been called everything from “a narcissist” to “an insecure bitch.”)

Keisa Pope-East, who runs the popular reality show Facebook fan page “90 Day Fiancé/ Marrying Millions/ Married at First Sight,” is one of those fans with strong feelings about Katie and Derek’s relationship.

“Katie was definitely viewed as a villain by the overwhelming majority, from what I've read,” she tells me in a direct message over Facebook. In Pope-East’s opinion, Katie was definitely a villain. “From the beginning, I didn’t feel that she gave Derek a real chance,” she says. She found Katie’s behavior appalling, from the way she spoke to Derek to Katie’s alleged unfaithfulness, adding, “She also acted like she was the prize and that Derek was beneath her.”

The intense dislike for Katie can in part be boiled down to viewers’ frustrations with Katie’s frustrations with Derek. After all, what’s the harm in the man wanting to build a series of interlocking treehouses someday?

But, as Katie said on the show, his dreams weren’t compatible with hers, and soon, their differences became irreconcilable. We saw the two argue and fight about their future on the show and during the reunion, and still today, Katie’s as clear as ever about their harmony, or lack thereof.

“[If] I didn’t give him my full, 100% encouragement and support for those dreams, we were gonna keep butting heads,” she tells me. (Turns out, teaming up to “rescue” a turtle from a lake wasn’t enough to help them see eye-to-eye.)

Dr. Viviana Coles, one of the MAFS marriage experts and president and lead psychotherapist at Houston Relationship Therapy tells me that she’d describe Katie as “vibrant” and “sparkle-eyed,” despite what fans may call her. And to Dr. Coles, the notion that Katie is a villain is unfair.

“I don’t think she should be judged so harshly for the portion of her life that was shared with viewers,” she tells me over email. Adding, “As a MAFS expert, I have empathy and admiration for everyone who chooses to put their fledgling spousal skills on display for the world to see and judge.”

Katie doesn’t see herself as a villain, either, and she’s taken the opportunity of being inside the fishbowl to do some self-reflecting.

“I was not my best self at all, and I recognize that,” she says. While her goal on the show was always to stay true to her heart, watching the season back helped her discover a disconnect. “[The show] definitely made me realize that being real and honest doesn’t always have to be so harsh.”

So here’s the truth- We didn’t fall in love, we weren’t as compatible as we hoped to be. We agreed to move on and see other people. I was at times not my best self. I said hurtful things, did hurtful things, and for that I’ve said my apologies and paid the consequences. But I was also this- true to myself, and for that I won’t apologize. I signed up for this to give it a chance, and regardless of the opinions of others who watched from the outside, that’s exactly what I did- I gave it a chance. Everyone deserves to find happiness and love, and I choose to believe it comes when it’s meant to. “Settling” doesn’t mean that someone else isn’t worthy- it just means they aren’t what’s meant for you. As for Derek, I hope he finds this too ❤️

Plus, the show was a huge wake-up call in how she communicates in relationships.

“[Watching] myself back,” she says, “I realize that, wow, OK, that did not come off how I thought it was coming off at all.” She continues: “I can see where I need to make some changes in my approach, and to just approach things with a little more kindness and understanding and acceptance.”

As Katie sees it: “I would rather be real and have negative reactions than to be liked for being fake,” she says. “I feel like honesty is the best way to go about it.”

These days, Katie has moved on from MAFS and is living her life in Washington D.C. and fans, on their end, have moved on to Married At First Sight: Australia. In Pope-East’s opinion, “I think [Katie] should just continue with her private life and not worry about fans” and, for the most part, that’s how Katie is operating. She’s still close with her family and has stayed close with all the MAFS wives, who have kept in contact during quarantine thanks to a group chat (which, wow… I’d love to see those convos).

And yes, she’s dating someone new.

Her new partner, Brandon Eaves, 28, is everything she was looking for. She tells me she admires his maturity and his self-awareness — and she’s quick to point out that, unlike Derek, he’s been in love before. (Derek said on the show that he hadn’t been.)

“It has been a little over three months,” Katie says of her new romance with Brandon. “We’ve been quarantined together, which can make a relationship move really fast.” She laughs, bubbling over as she senses the irony. “[It’s] weird because it’s strangely similar to the situation that I was in with Derek, where we went from being strangers to living together and spending every second together for two months.”

Katie met Brandon on Hinge, which is funny because, as it turns out, they live in the same apartment complex. After they put that fact together, it didn’t take long for the elephant in the room to be announced. Fifteen minutes into their first date, out of an abundance of caution, Katie says she warned him about her past on the show.

“I’ve been recognized out and about, so I was like, ‘I don’t think this will happen, but just in case it does, I just want to be completely honest and upfront with you.’” While she tells me he was skeptical at first about her notoriety, she says it no longer matters to him.

Though the relationship is still fresh, Katie and Brandon have big plans. She’s taking a leap and moving to Mississippi with him at the end of June, where he’ll be stationed in the Air Force.

“I’m excited to do that,” she tells me. “That’s what I’m looking forward to right now... just being able to explore that relationship, now that I’ve gained some personal growth and knowledge,” she says.
She adds: “Hopefully, [I’ll] be successful this time.”

Turns out, Katie has big dreams, too — and Grandma approves. “Great guy,” she tells me of Brandon. “And he adores Katie.”