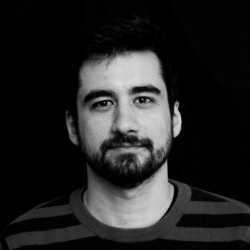 Though it’s one of the most famous and analyzed movie franchises of all time, it’s still possible to learn new things about the Lord of the Rings trilogy… if you get a large swath of the cast to join a Zoom call along with director Peter Jackson, that is.

As part of actor/comedian Josh Gad’s Coronavirus-launched Reunited Apart YouTube series, which raises money for charities by grouping together beloved cast members of nostalgic films for video conference calls, Gad rounded up a murderer’s row of talent from the Lord of the Rings movies to talk about their memories on the set of the gargantuan, 11.4 hour series, if you’re counting the extended editions.

Director Taika Waititi also joined at the end of the Zoom call to ask some Lord of the Rings trivia, and Bernard Hill, who played Théoden, showed up in a humorous coda to the whole thing. It was the first time since 2003 that this many cast members had assembled for a reunion.

The main thing that shone through in the 50-minute video chat — aside from the cast’s genuine camaraderie — is that, even as one of the most expensive movie undertakings in history, it was still seemingly held together with “number 8 wire,” as Mortensen said, referencing a New Zealand saying. (In the States, we might say it was held together with Duct tape.)

Given that the cast and crew had to film three movies concurrently in the span of nearly a year of continuous shooting, some of the adjustments natural to production had to happen at hyper-speed. Scenes were constantly re-written during the making of the trilogy, sometimes on the day of.

One of the most famous and most meme-worthy lines in the whole trilogy belongs to Boromir (played by Sean Bean), when he utters, “One does not simply walk into Mordor,” in The Fellowship of the Ring.

According to Jackson, that iconic line was written the night before, and the script for the scene was only given to Bean the morning of shooting. In fact, Jackson points out that you can see Bean looking down at his legs during the scene. Why? He had taped his lines to his thigh in order to be able to see it in between shots.

Similarly, Karl Urban shared the story of getting a new monologue in his hands 20 minutes before shooting a scene as Éomer. Given that he is a New Zealander himself, and the films were shot in his home country, he compared the process of making the films, despite their huge budget, as similar to a “Kiwi home movie.”

That feeling of almost hit-and-run filmmaking was furthered by floods that struck Queenstown during production, forcing the cast and crew to adapt to the rapidly deteriorating condition of the area. That also led to perhaps the funniest anecdote of the reunion special, once again featuring Sean Bean, who was afraid of flying in helicopters.

When the crew helicoptered up to a mountain where they would shoot a film by an unspecified lake, Bean made the very brave choice, as those who watched the Extended Edition featurettes know, to climb up the mountain. Jackson reminisced on being in the helicopter on the way and seeing Bean scaling the side of the cliff.

The cast showing off their tattoos.

The group Zoom also illuminated that the roughshod nature of production truly bonded these actors for life — a handful of them even have tattoos commemorating their involvement. And when Gad asked the cast to re-enact some of the most famous scenes from the movies and Astin and Serkis performed the “potatoes” exchange, the cast loved it and giggled. It was surreal, and hilarious, seeing Serkis do his “Gollum/Smeagol” voice without the CGI.

Billy Boyd sang “Edge of Night,” his character’s song from Return of the King, to wrap up the call, and it felt like both the cast and the audience had lived through an experience as worth remembering as the movies. A few of the actors admitted to weeping during the song and Tyler was seemingly on the verge of tears as everyone said goodbye.

Though the group chat lasted less than an hour, it helped fans relive some of the best moments from one of the most beloved franchises in history. With Amazon returning to Middle Earth next year with a Lord of the Rings TV series, the reunion special was a nice reminder of why it still remains such a treat to return to the stories of hobbits, wizards, orcs, and the realm of Men.