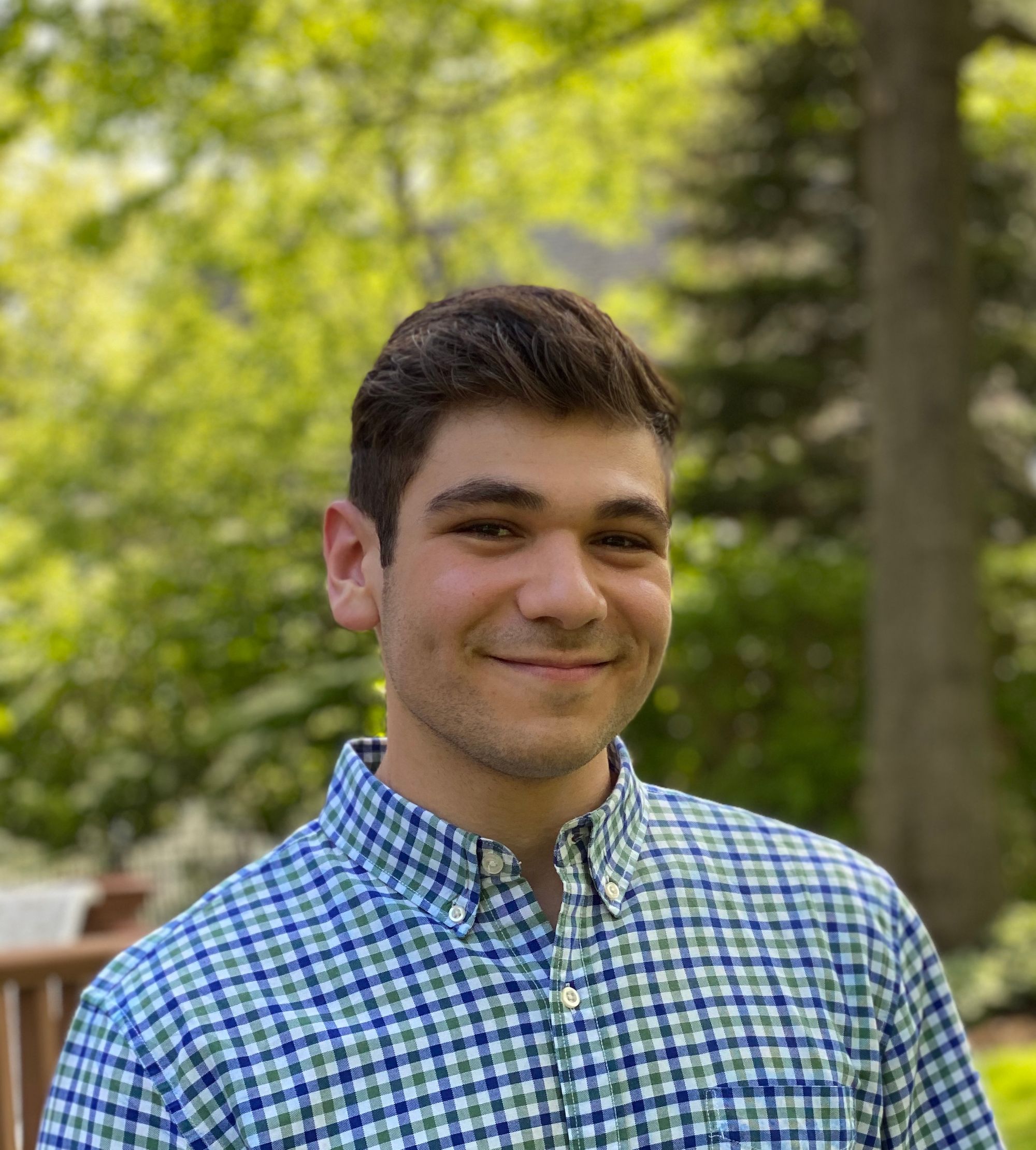 Mike Ehrmantraut has a soft, sensitive side. Like a melting ice cream cone covered in ants. Sort of.

Lemme go back. In Season 5, we see Mike start to unfreeze a bit from the frigid, ruthless, and cunning fixer whose blank stare sends chills down the spines of viewers. After shooting the meth-lab-architect Werner Ziegler in the back of the head in Season 4 — for trying to take a vacation to see his wife — Mike softens in Season 5 insomuch that murdering someone trying to spend time with family suddenly becomes slightly out of character. And his emotional renaissance is all thanks to one Ignacio “Nacho” Varga.

Mike’s kinship toward the up-and-coming dealer Nacho is solidified after he discovers Gus Fring kidnapped Nacho and threatened to kill his father. Watching Mike’s heart expand for another human being (other than his family members) is surprising, to say the least. It’s a new level of compassion for our favorite hitman.

But where does Mike’s newfound empathy toward Nacho come from, and is this “softer” Mike going to be one we see more of in Season 6?

Better Call Saul writer Gordon Smith, who was recently nominated for an Emmy for his writing on the show, tells me over the phone that Mike relates — in his own, stoic way — to Nacho.

“I feel like he sees a little bit of the other side of the coin of his own life in Nacho and has been sort of trying to steer [Nacho] towards getting out for a while, especially after he met his dad and realized, hey, this is a guy who was just a kid, who got in over his head and is up to his neck in stupid choices,” Smith says.

In Mike’s backstory episode early in the series, we learn that he used to be a police officer with his son in Philadelphia. Mike advises his son to take a bribe from dirty cops, which eventually leads to his son’s murder. Mike is never able to get over this, leading him to work in the criminal underworld.

Seeing Nacho implicate his own, honest father in his drug-dealing business triggers Mike’s guilt that he feels toward his own son.

“I think it’s some part of an echo of his family,” Smith tells me of Mike’s new-found soft spot. “He’s just kind of nudging [Nacho to be] the best he can and hoping that Nacho will get the hint and perhaps choose a better path. I think he thinks there’s still hope for Nacho, but there’s no hope for [Mike].”

Ultimately, Mike is in his mid-sixties and is a career criminal who tried to steal hundreds of thousands of dollars from the Salamanca Cartel prior to working for Gus. He’s deep in the drug business with retirement nowhere in sight, so, he’s kind of out of options.

Mike may be destined to one day be the middleman who introduces Gus to the infamous Walter White; but for now, it’ll be years before he fully pledges his loyalty to Gus. Smith wants us to know that this Better Call Saul-iteration of Mike is still feeling out his relationship with The Chicken Man.

“Mike is very much a company man, but this is early in that relationship,” Smith says of Mike’s uneasiness when dealing with Gus. “We wanted just to show that, while they are close, Mike still has — and continues to have all the way through Breaking Bad — some limits.”

Figuring out Mike’s limits and what he would and wouldn’t do is part of the challenge and the fun of the Better Call Saul writers’ room. “Something we do a lot is just ask the question like, ‘OK, so if Gus said go kill Nacho’s dad, would Mike do it?’” Smith says of the writing process. He continues: “‘If Gus said go cut Nacho’s feet off, would Mike do it?’” The answer to both those questions is no.

Mike “wouldn’t feel like that was a reasonable request,” Smith says, so “he would push back and say, ‘Wait, this kid has been doing good. We shouldn’t just be running this kid into the ground.’”

This awareness, this sensitivity, might lead viewers, perhaps, to think that Nacho, after his failed assassination attempt on Lalo Salamanca, might come to Mike in Season 6 for help. Could this… happen?

“Well, I can tell you that we are working on that right now,” Smith says. (By the way, the Better Call Saul team has been working through the pandemic remotely and in a recent interview, co-creator Peter Gould hinted that the show’s production will be delayed due to COVID-19 safety concerns.)

“We’re deep in the trenches trying to figure out exactly what the ramifications are for both [Mike and Nacho],” Smith says. The writers, he says, are sussing out 1) how far Mike’s desire to help Nacho will go, and 2) Nacho’s ability to maneuver his own way out of the bad situation.

“I can’t say too much because, of course, it’s the future,” Smith says. “But yeah, that is primary in our minds as we’re dealing with the fallout from Season 5 here, working on Season 6.”

Season 6 will be the show’s last, and in some ways, it might be the most predictable. Viewers know where the story will lead: Jimmy McGill will fully become Saul Goodman, Gus will become the meth kingpin we see him starting to become, Kim Wexler will drop off the face of the Earth before Breaking Bad, and Mike will eventually end up as Gus’ right-hand man.

Before we get to all that, though, Smith wants to ground Mike. “We want to find a good resting point,” Smith says of Mike’s character, in particular.

“This is our final season, and we want to understand — as we’re sort of launching the character forward into the future and to his own fate that he reaches in Breaking Bad — we want to know what the last state of him is before that’s a foregone conclusion,” he says. And there are a lot of paths to explore, including Mike’s relationship with his daughter-in-law Stacey and his granddaughter Kaylee. What’s going to happen with them?

“Those are some of the questions we’re exploring as we’re working on Season 6,” Smith tells me. The writers want to look into “what the possibilities are, what the last gasps of freedom really look like for Mike Ehrmantraut.”

Showing these final gasps of Mike will be difficult, though, because as we all know, Mike is not a man of many words, and so much needs to be said in Season 6. Smith says “it’s fantastic” writing for Mike — the pro and the con is that he doesn’t talk much — but there is a secret sauce to getting Mike to express himself.

“The great thing is we have Jonathan Banks,” Smith says. Banks has been on nine seasons of Breaking Bad and Better Call Saul combined, and has been Emmy-nominated five times for his work on the two series. If the writers need Mike to say something without saying anything, they just have Banks do it in a look. “You can have him convey interior states that other people would need speech after speech after speech to get across,” Smith says.

In one of Mike’s more prolific moments, he says to Jimmy after their voyage through the desert in “Bad Choice Road,” Episode 9, Season 5: “Look. We all make our choices. And those choices, they put us on a road. Sometimes those choices seem small, but they put you on the road. You think about getting off… but eventually, you’re back on it.”

Mike has an understanding of his life and the choices he’s made and Season 6 will be the last time he tries to help a fellow criminal like Nacho get out of the game.

There may not be a road back for Mike, but perhaps he can show Nacho a detour. Or at least, offer to buy him an ice cream.